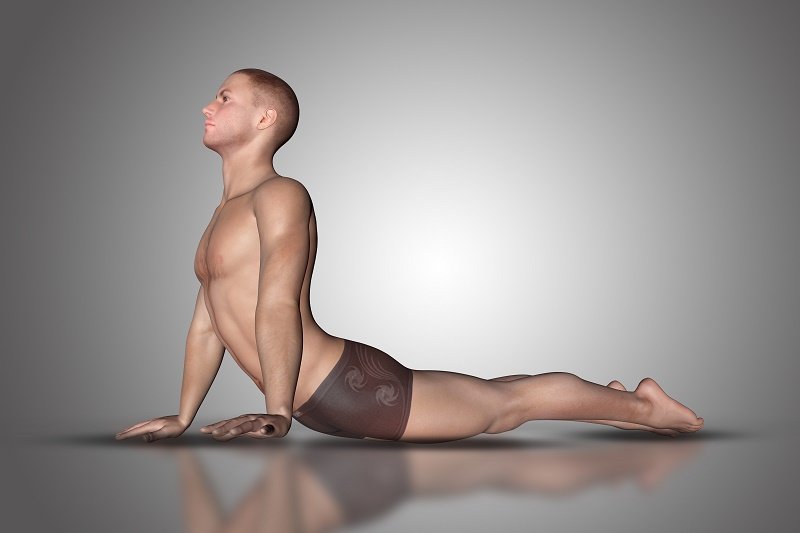 Uninitiated and Afraid: The Gallup Study on Perceptions of Chiropractic

About 35.5 million American adults have visited a chiropractor in the last 12 months, and 77 percent said they received “very effective” treatment. But for the 51 percent of U.S. adults who say they’ve never been to a chiropractor, nearly 30 percent of them say they think chiropractic care is dangerous.

It’s a shame since a good number of them probably experience neck and back pain, among the most widely reported medical problems Americans face. In fact, 65 percent of people surveyed in a recent study said they’ve experienced back pain while nearly 100 million Americans report chronic back pain. The problem reportedly costs an estimated $600 billion a year in lost productivity and medical treatments.

Chiropractic care has become much more mainstream as an alternative to primary care physicians — with 69 percent of adults saying they understand what chiropractors do. Yet only 29 percent of Americans said they would think to see a chiropractor first for pain rather than a primary care physician (54 percent). Smaller percentages would go to a physical therapist, massage therapist, or acupuncturist first.

The survey findings are all part of a new Gallup poll, conducted in conjunction with the Palmer College of Chiropractic. It’s the first-ever nationally representative annual survey measuring perceptions of and experiences with chiropractic among U.S. adults, and a great gauge for telling chiropractors what we need to do to educate Americans to the benefits and procedures associated with chiropractic.

Part of the uncertainty of seeing a chiropractor comes with age. Adults under 50 years old are more likely than older adults to say a chiropractor would be their first choice if they had neck or back pain. Other barriers to visiting chiropractors include cost, number of visits, trustworthiness of chiropractors, and a misunderstanding about the education required to become a chiropractor. A final barrier is concern about whether insurance covers chiropractic care.

I would like to clear up some of the misconceptions about chiropractic care.

I’ve been a chiropractor for over 20 years, and I’ve been answering questions about chiropractic for nearly as long. At this point, to me, explaining chiropractic feels like 1989, and I’m trying to convince a naysayer that we’ve already landed on the moon.

The easiest way to prove the safety of chiropractic is to stop listening to proselytes, and instead, listen to the insurance companies. First, understand how insurance companies work. Their entire business model is on assessing and limiting risk. For example, if you have a bad driving record, your auto insurance company will charge you more money than it would charge a driver with a good driving record because it assumes the other driver to be safer, and therefore, less of a risk.

Convert that practice to the medical field. My malpractice insurance — for $3 million of coverage —is under $1,500 a year. That is far less than what any medical doctor pays per year, and staggeringly lower than what any surgeon pays. Medical malpractice overall has come down in recent years, but cheap coverage now ranges between $4,500 and $15,000 for the same amount of coverage. That’s three to 10 times what a chiropractor is charged.

Capitol Rehab of Arlington is fortunate to practice in Virginia, a state where chiropractors are a part of the Board of Medicine and where the largest insurance carrier happens to also provide coverage for most of America’s congressmen and senators. The result is a very favorable environment for chiropractors to bill and collect from most major medical insurances. We don’t participate with any HMOs but do work with most PPO plans.

Chiropractic medicine is what it is and not more than that. Some states license chiropractors to deliver babies. If you choose to have a chiropractor deliver your baby, you are on your own.

In such scenarios, I do find it tricky to defend chiropractors, so I don’t.  Instead, I defend the chiropractors at Capitol Rehab of Arlington.

The most powerful line I ever heard — spoken by a world renowned professor of biomechanics — came at a conference I attended. Challenged by the typical outspoken critic in the crowd, he asked, “What is your data?”

Data talks, BS walks. That’s why we look at the data. Today’s lab rats in chiropractic and sports medicine are elite athletes. They are providing measurable data on injury prevention, recovery, and training. Athletes need a combination of factors to be highly efficient, including good joint movement, quick responsive muscles, without the limitations caused by scar tissue or unnecessary tightness. The data are more and more evident, and Capitol Rehab of Arlington returns to it for continuing education and guidance in our practice. When new data are available, we seek it out so we can implement it in the treatment plans of our patients. The data and outcome-driven practices of today will continue to be the leaders and trendsetters of tomorrow. This is the mantra that Capitol Rehab of Arlington has always followed.

We treat our “regular” patients the same way we treat our high-level athletes. Maintenance is an important part of remaining healthy and efficient. Just like you would take your car in to get a tune-up, you should do the same for your body. When we sit at our desks, exercise in the gym, or drive to work, our joints and muscles are performing a constant dance, with joints occasionally moving a little too far out of place and getting stuck on a nerve. It is at this point that micro-trauma and irruption occur. Our job is to maintain proper joint movement and facilitate proper muscle firing so these small issues don’t become big ones.

The chiropractors at Capitol Rehab of Arlington are trained in cutting-edge techniques that address functional movements of the body. We stay on top of the latest treatments, and we incorporate the body’s entire biomechanics into our evaluations and rehabilitation methods. We work with insurers to improve its affordability to patients, and we work with patients to improve their lifestyle, not just manage their pain. If you’re not using chiropractic, you’re eliminating an advanced, safe, and enduring medical specialty that will help you live with greater ease and well-being,

By the way, the “Gallup-Palmer College of Chiropractic Annual Report: American’s Perceptions of Chiropractic,” was released last week, and is based on a study of 7,645 adults in the U.S., ages 18 and older, conducted Feb. 8 to March 11 online and via the mail. The margin of sampling error for the study is plus/minus 1.8 percentage points.