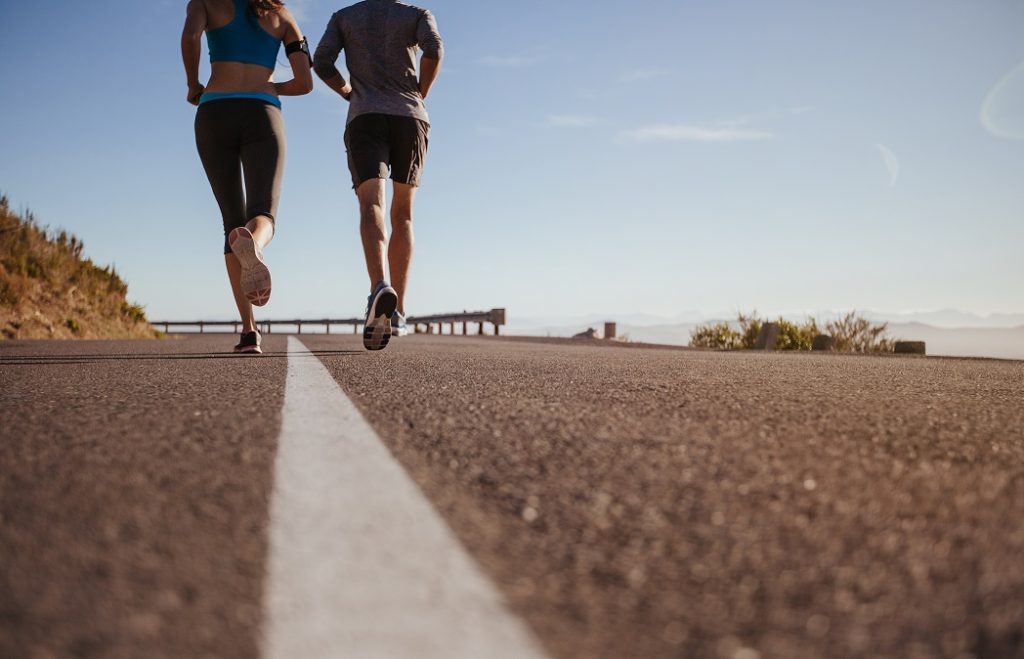 Ah, the dog days of summer are among us. Temperatures are consistently in the 90s with forecasters calling for extreme heat indices reaching to 100+ degrees. The air conditioning in your home or office feels good, but it’s also making you sleepy and lazy and occasionally anxious that you’re turning into a slug.

It’s so hot, but you’ve got to get out there and burn some energy. So, how do you run in a heat wave?

Unless you are already a highly conditioned athlete, have had experience exercising or working in severe heat, and have been taking the necessary precautions, the best thing you can do is find other forms of effective cardio that would be safer. Try swimming, for instance.

OK. We know. You’re not going to take “don’t run in a heat wave” for an answer, and we know that you’re going to push yourself because you really need that feeling that running gives you and you bore easily sitting on the beach or by the pool or in the office.

Running in a heat wave can be done, though advice from the smarties at Capitol Rehab of Arlington is that you really should get your head checked.

But if you must run, here are the best rules for survival:

— Hydrate heavily the day and night before a run. “They say” that by time you feel thirsty, it’s already too late, you’re dehydrated. So make sure you get lots of water into your tank before you go sweat it all out.

Additionally, if you (remember you) were drinking alcohol the night before, that is going to affect your body. Consider not running the morning after drinking.

— This is a perfect time to use your energy gels — the Gu and other goodies. You will need the added carbohydrates and you will need them in a quick-acting form so break them out of the back of the cabinet and suck them down.

— Choose your run early in the morning when it’s cooler (unless you were out drinking the night before!). Don’t wait for the peak hours of the heat, when the sun is blazing down, which is between the late morning and 5 p.m., at which point the ground starts radiating the heat back up into the atmosphere, making it super steamy on the asphalt.

Plus, if you wait until later in the day, you’ll probably be soaked in a thunderstorm, at least if you live in the Eastern part of the U.S. So get your day started early, when the sun rises.

— Plenty of marathon training plans tell you how to adjust your summer training schedule, but remember, we’re talking about how to run in a heat wave. Keep your activity to a reasonable amount of time, definitely not longer than 45-60 minutes.

Good advice from Jeff Gaudette, the owner of RunnersConnect in Boston, is that if you miss a week or two because of a break, whether it be a vacation or insane weather, reduce your mileage by 30 percent for three or four days after you return to training, and then pick back up your regular schedule.

Gaudette also suggests to split distance runs into two during extreme heat and run the first half outside and the second half on a treadmill in an air-conditioned gym.  Yeah, the gym smells and the air conditioning only sort of works, and the fans don’t circulate evenly. We know you dislike it, but you are the one insisting on doing long distances.

So good luck and enjoy the heat, but be careful out there.