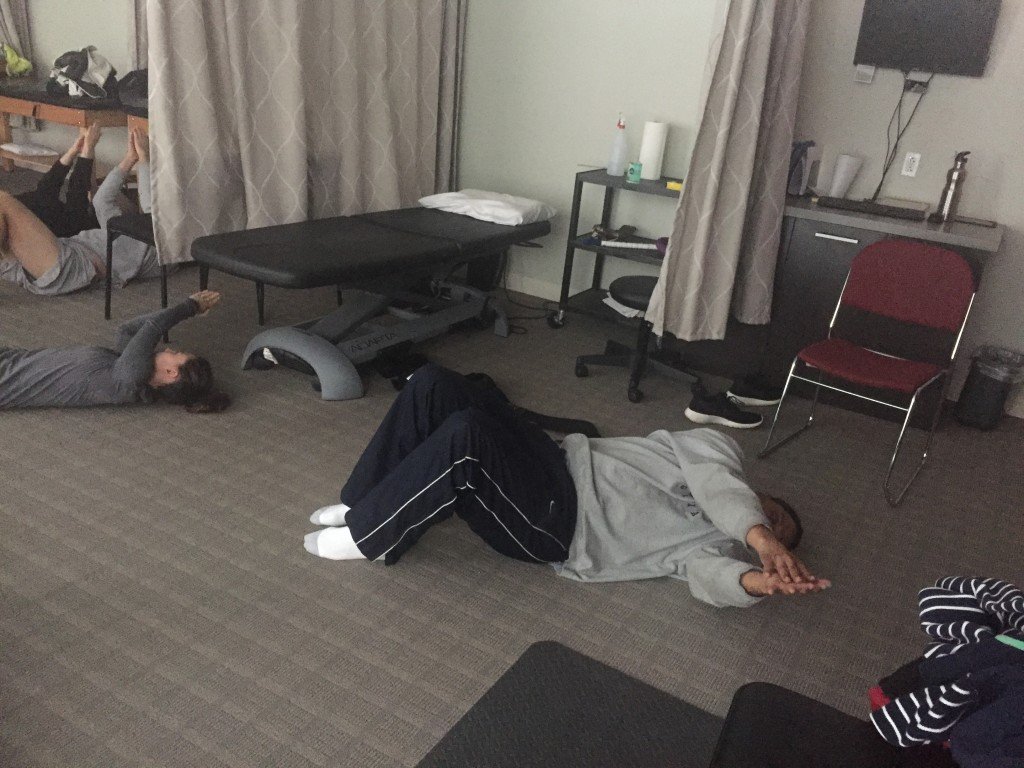 FlexAware: The Secret to My Fast Recovery

If you follow the Capitol Rehab of Arlington Facebook page or our blog posts on the website, you may have noticed I have been talking a lot and busily promoting FlexAware classes in our office. It has helped increase the speed of a fast post-op recovery.

FlexAware is a revolutionary exercise system that was created by Steven Shafarman. Steven’s approach is based on teaching people how to recover the efficient and effective movements that we find in children. Steven noticed that children are effortless in their movements, yet amazingly strong at the same time.

Have you ever gone to a playground or park, and noticed the ease with which children can swing and maneuver around a series of monkey bars?  Why is it that a 6 year old moves with such ease while most adults would predictably struggle just to hang onto those darn monkey bars? Ask a child to touch his toes and he does it without a second thought, but ask an adult to do the same thing and just the thought can elicit a painful response.

As the story goes, once we socialize children to sit for long periods of time and carry heavy backpacks, they begin the slow tragic slide toward poor posture and recurrent injury.

Life can provide us with many things. Poor posture and deteriorating strength are two of them. But they don’t have to be.

A good friend, Mike Casey, introduced me to FlexAware. Mike is like many of us; busy, successful, driven … and no longer 18 years old.  Mike has a passion for exercise and health, and enjoys competing in Jiu Jitsu.  He consistently walks the line between peak performance and nagging, recurrent injuries.

Mike routinely does many of the things we recommend active people do.  He maintains a solid diet, regularly sees his chiropractor, massage therapist and acupuncturist, monitors his sleep, and never allows a small pain become a big injury.

But is you ask him what his real secret is, he will tell you that he practices FlexAware most every day.

And there is one more thing: Four years ago, it was suggested, quite bluntly, by one of the area’s leading orthopedic surgeons, that “surgery is certainly in Mike’s future.” That’s a direct quote.

With this type of endorsement, I decided to make FlexAware part of my pre-surgery preparation.  I visited with Steven for several one-on-one sessions of FlexAware, practiced religiously on my own, and have continued to do so post-surgery.  The results have been significant.

Overall, I’m way ahead of schedule.

I am so excited to add FlexAware to the package of treatment and performance options at Capitol Rehab. We have already had two in-office classes, have several more scheduled in the weeks to come, and we are currently developing an online module that will allow people to participate in FlexAware remotely from anywhere.

Keep an eye out for classes to come.  Mike Casey and I are walking testaments to this revolutionary exercise concept.